Back to Our Story
Our Story / Story / Seacoast Historic Moment: The bank had an unusual loan arrangement with local restaurant

Seacoast Historic Moment: The bank had an unusual loan arrangement with local restaurant 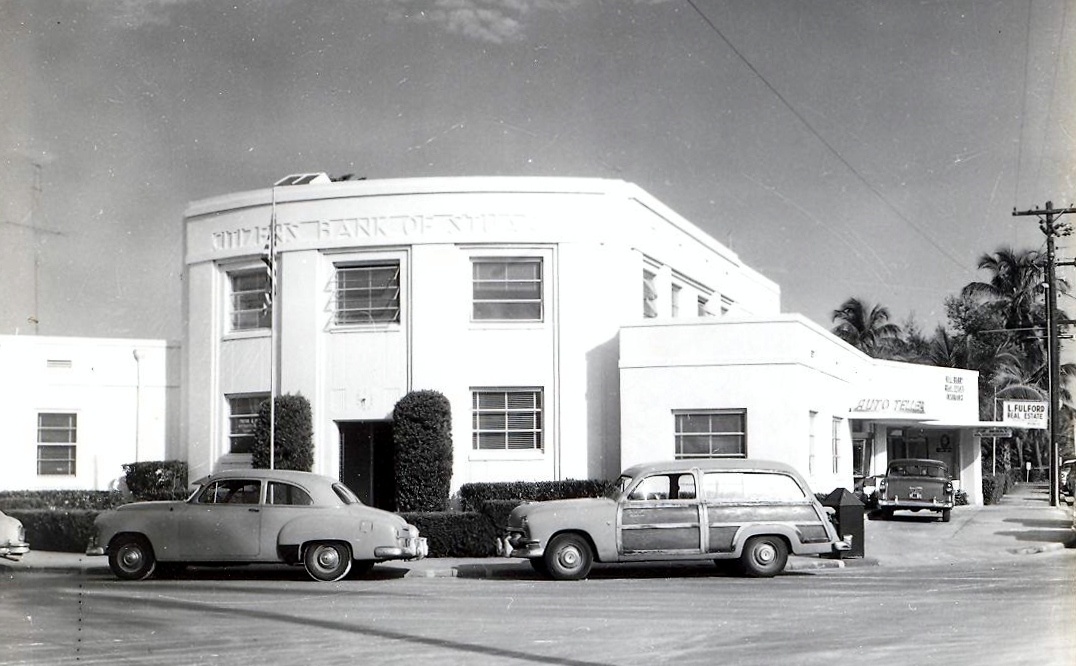 In 1948, a sizable addition or wing had been built onto the original Citizens Bank, fronting on Osceola Avenue, to include a large vault for storing customers' valuables. (Contributed from Thurlow Collection)

Founded and ably managed by Dennis S. Hudson, Sr., Citizens Bank of Stuart made many kinds of loans in the community through the years for various customer needs, providing an invaluable service.

Of course, loans must be secured by some kind of collateral or trusted agreement for repayment, quite standard and not at all unusual for a banking institution.

There was, however, a rather unusual loan in the late 1950s, secured by a particularly uncommon type of collateral. The owner of a local restaurant, on US 1 north of the Roosevelt Bridge, needed some money in regard to that establishment.

With a little creative  it was decided to indeed loan the funds, but the bank would hold in its large storage vault, 50 cases of premier liquor from the restaurant, probably one of the oddest bank loan agreements in the 90-year history of the institution.

A sizable addition or wing had been built onto the original bank structure years before in 1948, fronting on Osceola Avenue, to include a large vault for storage of customers' valuables, being quite convenient for the liquor which required many sturdy shelves.

The money was repaid, liquor retrieved and not a single bottle broken.

Sometime later, another interesting loan with peculiar circumstances would be made to a train conductor, in jail at the time, needing money for bail. The man offered a gold railroad pocket watch as security for repayment, which was accepted. He eventually paid off the debt and Dale Hudson met him at the jail to return the watch.

At times, it seems, banks acted as pawnbrokers for their customers.

Research from newspapers, including The Stuart News, The St. Lucie Tribune  Palm Beach Post; personal interviews with Dale M. Hudson and Dennis S. Hudson Jr.; and the Luckhardt Collection of records and photos.