Earlier this summer, the Federal Reserve cut interest rates for the first time in a decade.
It was a move Fed Chairman Jerome Powell said was designed to keep the good times rolling when it comes to the record period of economic growth the country has seen in the years since the Great Recession. And it may not be an isolated incident. Powell recently hinted that more cuts could be on the way to mitigate the impact of the trade war with China and keep the country on track for growth. 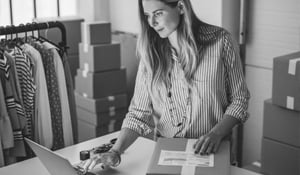 “There is really no reason why the expansion can’t keep going,” Powell said in the wake of the cuts. “Inflation is not troublingly high. If you look at the U.S. economy right now, there’s no sector that’s booming and therefore might bust.”

That’s good news on a broader economic level. Now the question is, how can small to mid-sized businesses leverage those interest rate cuts in their own companies and spark some growth of their own?

Now, the global economy shows signs of slowing. The Fed chairman said the trade war with China is at least partly to blame. And he’s taking steps to combat the slowdown, starting with a quarter-percentage rate cut in the federal funds rate to a target range of 2% to 2.25%. Federal funds are money lent overnight between banks to maintain their reserves at the Federal Reserve.

Jay Walker, controller and director of financial planning and analysis at Seacoast Bank, said that rate has an impact on two big areas when it comes to small and mid-sized businesses: loans and credit cards.

"Most small businesses tend to make big financial decisions based on need rather than through long-term financial and cash flow planning."

Most small businesses tend to make big financial decisions based on need rather than through long-term financial and cash flow planning, said Zev Zaretsky, a controller with Seacoast. For instance, when they realize they are running low on inventory, they figure out how to buy more. When they realize they need to hire, they scramble to find the necessary funds. It’s a function of doing a lot with limited resources, and as a result, it means small businesses are not always primed to take advantage of market opportunities, such as the lower interest rates. 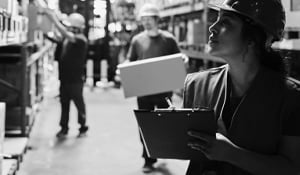 But with falling interest rates, it is a good time to invest in your business, Zaretsky said, whether that’s buying inventory, hiring or investing in a larger commercial space. And the larger the investment, the greater impact businesses will see.

Businesses don’t have to pull the trigger now to take advantage of the savings, Walker said. As the Fed chairman has indicated, more cuts could be on the way, which could provide more opportunities through the end of the year.

“It’s hard to predict, but what I think will be interesting in the next six months is how much Fed easing we actually see,” Walker said. “There’s a 100% percent chance of
a [rate] cut priced in for September, and a lot of folks think there’s two more to follow suit in the fourth quarter.”

That makes now a good time for small to mid-sized companies to assess their needs and determine what areas of their businesses are most in need of a cash infusion, Walker said.
“Their money will go farther than it has in a decade, and that’s pretty good,” he said.

At Seacoast Bank, we’re here to help. If you have questions about the financial side of your business or want to know more about solutions we offer for business banking, contact your local banker using the form below.