Why You Shouldn't Skip Software Updates

What do you do when you see those little icons and pop-up messages that appear in the system tray, indicating there is a new software update available for you to download and install?  Most people find such notifications and the process of installing new software updates insignificant and disrupting. The truth is, people ignore such notifications for various reasons, such as, ‘Do I really need to install this update?’, ‘My computer is working just fine, I don’t think this update is for me!’, ‘I don’t have time to reboot my computer’, etc. If you are accustomed to dismissing those update notifications, you need to reconsider that practice. Applying software updates is one of the most important things you can do with your computer. In fact, if you don’t do it, you’re very likely going to get some kind of malware in your system and even get hijacked.

What Are Software Updates, Anyway? 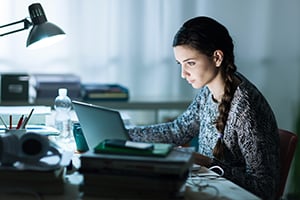 A software update, also known as a ‘Patch’ or a ‘Service Pack’, is a piece of software released by software vendors, mainly to address security vulnerabilities in their existing products. Software updates occasionally contain bug fixes and product enhancement. These updates are installed over the current installation and do not require uninstallation or re-installation of the software in question. In simple words, when you need to update a program, you don’t need to do anything other than let the updater do its thing.

A software update may contain:

A ‘bug’ refers to unintended mistakes done by the programmer which causes the program to give unexpected results and errors. Whenever new bugs are found and reported, developers develop fixes and offer them as a part of the software update.

The term ‘software update’ is often confused with the term ‘software upgrade’. Though both the terms sound similar, there is a huge difference. A "software update" updates your existing version of the program to the current version, but does not upgrade it to the next major version. For example, when you install Service Pack 1 on your Windows 7 computer, you are actually updating your Windows 7 computer with Windows 7 Service Pack 1.

Software vendors are committed and work really hard towards developing software updates and writing patches to protect their users against all sorts of cyberattacks. For instance, Microsoft started the trend of 'Patch Tuesday' almost 10 years ago to rollout scheduled security updates every second Tuesday of each month.

Why Software Updates Are So Important For Your Computer?

In order to get the best performance from your computer, and most importantly, to stay protected against cyber-attacks and malicious threats, it is very important that you should not neglect any critical software updates. Using an unpatched/outdated computer is like living in a house with no locks on the doors, inviting unwanted intruders. When you ignore updates on your computer, you are choosing to leave your computer open to infection. Cybercriminals depend on the apathy of users around software updates to keep their malicious endeavor running.

Downloading updates and installing them can sometimes be tedious, but the advantages you get from the updates are certainly worth it. The good news is you don’t even need to manually download and install most updates for each piece of software. Operating systems and a majority of programs installed on your computer can do the job for you with very little or no intervention. All you need to do is simply grant your consent when asked, by just the click of a button.>

It is important to mention that software updates are not limited to computers. Software updates are also available for mobile devices like your smartphone, MP3 player, digital camera, etc. The updates for such devices are usually known as ‘firmware updates’. In the case of smartphones, you may also receive updates for the applications installed on your phone, just the way you receive program updates on your computer. The bottom line is, do not restrict yourself to just updating your computer. When you see updates for your other devices, make sure you install them as well for better performance and enhanced security.