These newly created roles will accelerate Seacoast Bank’s growth in the middle market banking segment. Last August, the company welcomed Richard Raiford as executive vice president and chief credit officer, bringing a wealth of experience in middle market banking. With the addition of Brinkman and York, Seacoast continues its expansion in Florida, serving this strategically 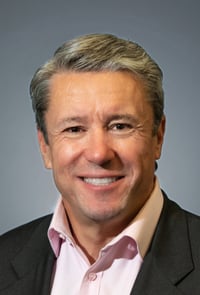 Brinkman has served as Seacoast’s market president and head of commercial banking for the Tampa Bay area since August 2018. In his new role, Brinkman will oversee the company’s middle market expansion as part of its broader strategic plan. Brinkman has served in the banking industry for nearly 30 years, including corporate finance and middle market leadership roles at SunTrust Bank and Wachovia Bank.

York will oversee Seacoast’s treasury management sales and operations. Throughout his 25+ year career in banking, York has served in multiple senior leadership positions at large regional banks where he delivered robust organic growth. Most recently, York served as executive director of treasury at First Horizon National Corporation. Prior to that, he led treasury and payment solutions for multiple lines of business at SunTrust Bank.

“These two outstanding leaders will provide a tremendous boost as we continue to grow our middle market team to better serve our commercial clients,” said Austen Carroll, executive vice president and chief lending officer of Seacoast Bank. “Allen is a well-known and highly-regarded Florida banker who truly understands the markets we serve. Ron brings treasury product development expertise and a track record of working with middle market customers. We see great opportunity ahead in the middle market segment and are thrilled to announce Allen’s new position and to welcome Ron to the Seacoast team.”

Reality Check On Your Retirement Savings