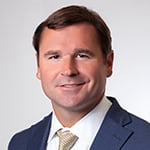 “Austen is a well-known and highly-regarded banker in the Southeast. He has demonstrated tremendous success in his prior roles and will help accelerate the progression of our commercial banking business. We see great opportunity ahead and are thrilled to bring on board a leader with Austen’s talent and experience,” said Chuck Shaffer, president, and chief operating officer of Seacoast.

Shaffer added, “Julie has been a key driver of Seacoast’s balanced growth strategy, delivering growth in new client acquisition, and enhancing client satisfaction in multiple areas across the enterprise. We are excited to expand her leadership role within the organization.”

Before joining Seacoast, Carroll served as chief banking officer for Ameris Bank where he led commercial banking in the Southeast, and was based in Jacksonville, Florida. During his tenure at Ameris Bank, he held a diverse set of roles, significantly contributing to talent acquisition and robust organic growth. He has almost 20 years of total banking industry experience. Carroll has a bachelor of business administration degree in finance from Valdosta State University and is a graduate of the Louisiana State University Graduate School of Banking.

Kleffel joined the Company following Seacoast’s merger with BankFirst in 2014. She has held numerous roles for Seacoast, including leading small business banking, retail banking, and, most recently, served as community banking executive and central Florida market president. Kleffel is a graduate of the ABA National and Graduate Commercial Lending Schools. She completed her professional education by graduating with distinction from the American Bankers Association Stonier Graduate School of Banking at the Wharton School of Business at the University of Pennsylvania in 2009.

Reality Check On Your Retirement Savings